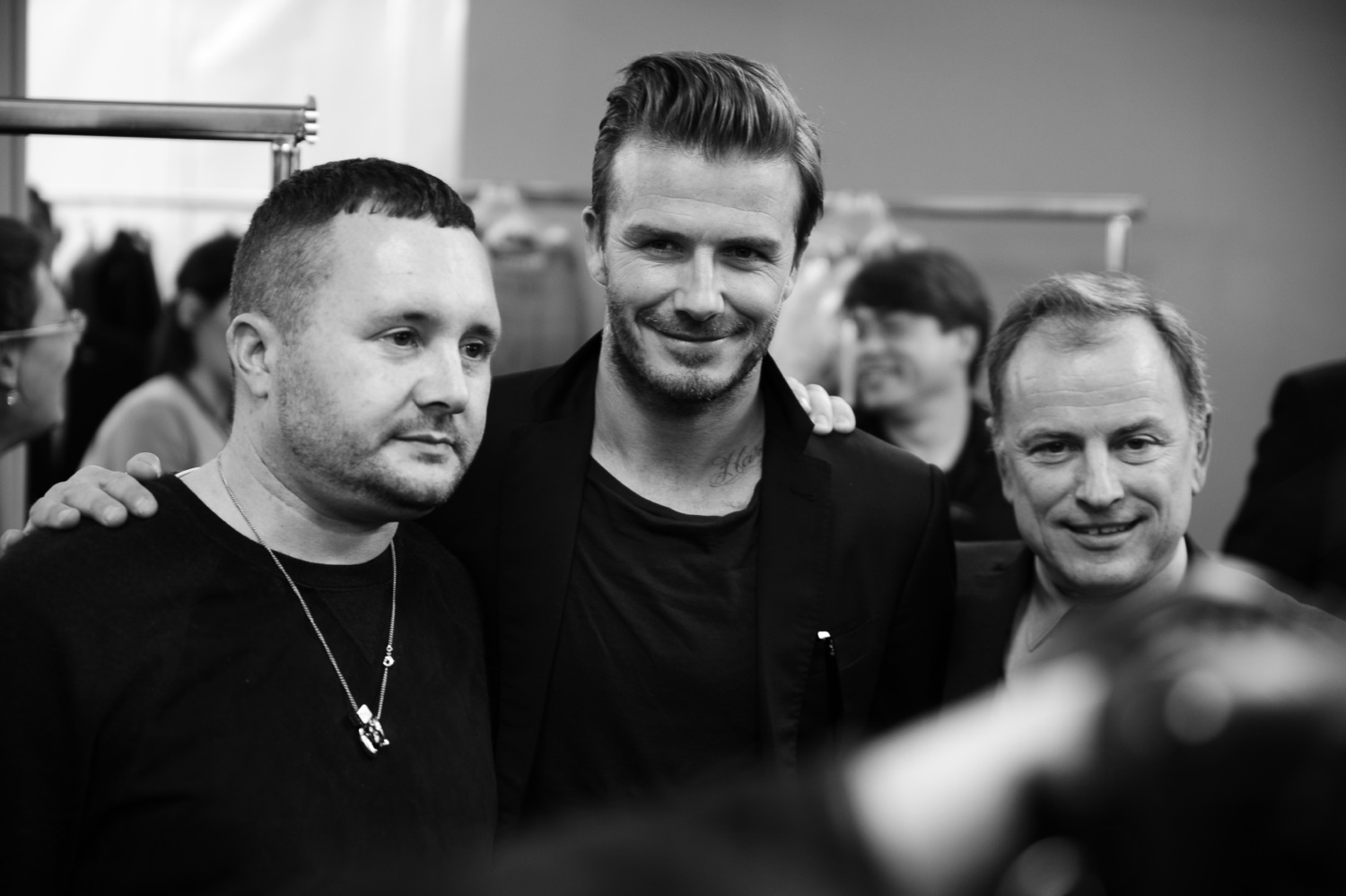 As a guest of Marc Jacobs and Kim Jones, David Beckham took a front-row seat at the Louis Vuitton menswear show.

His final months as a professional footballer were spent at Paris Saint Germain – so perhaps it shouldn’t have been a surprise when David Beckham made an appearance at Paris’ menswear fashion week this afternoon.

Nonetheless, a tangible frisson zinged through Louis Vuitton’s show venue – an enormous glass vitrine in a square just around the corner from Francois Hollande’s flat in the 15th arrondissement – as Beckham entered.

Photographers clustered, women (and men) swooned, and one of the fiercest celebrity-protectors I’ve ever encountered fixed all who approached too close with a deathly, unblinking stare.

Beckham, though, was more relaxed, posing for pictures with Marc Jacobs and Berluti’s Antoine Arnault. He said he was at his first show since his wife’s last catwalk presentation in February as a pal of Vuitton’s creative director Marc Jacobs, and its chief menswear designer Kim Jones.

“Kim’s a very clever man and a great guy as well. Obviously, I’ve been living in Paris for the last five months and he’s looked after me, he’s a friend. And I love his stuff” said Beckham.

The show the followed was set entirely to an R.E.M. soundtrack (Michael Stipe was in the front row, and joked that he was careful not to lip-synch along like many of audience) and as so often, followed the latest instalment of Jones’ personal travelogue.

For next summer, he presented a collection dripping with Americana that was inspired by a recent road trip across the US. Silver bomber jackets were paired with silver bowling shoes, and an Easy Rider biker jacket was remixed into cognac brown with a tufted square LV logo on its back. Tie-dyed gilets, smocks and trousers (Jacobs wore the pattern in his now trademark pyjamas) as well as the peace symbol gave this Vuitton collection an incongruous counter-culture twist – if there are any camper van Vuitton heads out there, this is your collection; even the suits were styled with bandana scarves.

Afterwards, Jones said: “I just want it to be fun and fresh. It’s summer, about having a good time. And there is a sense of humour with Vuitton that I think it’s really important to maintain.”

One look even came with a Louis Vuitton travel cup and harmonica.

For the second season in a row, Jones put out a suitcase that could be transformed into a backpack, and explained: “that’s just from me always going through airports and hating having the wrong luggage. I like something that can be everything you need it to be.”