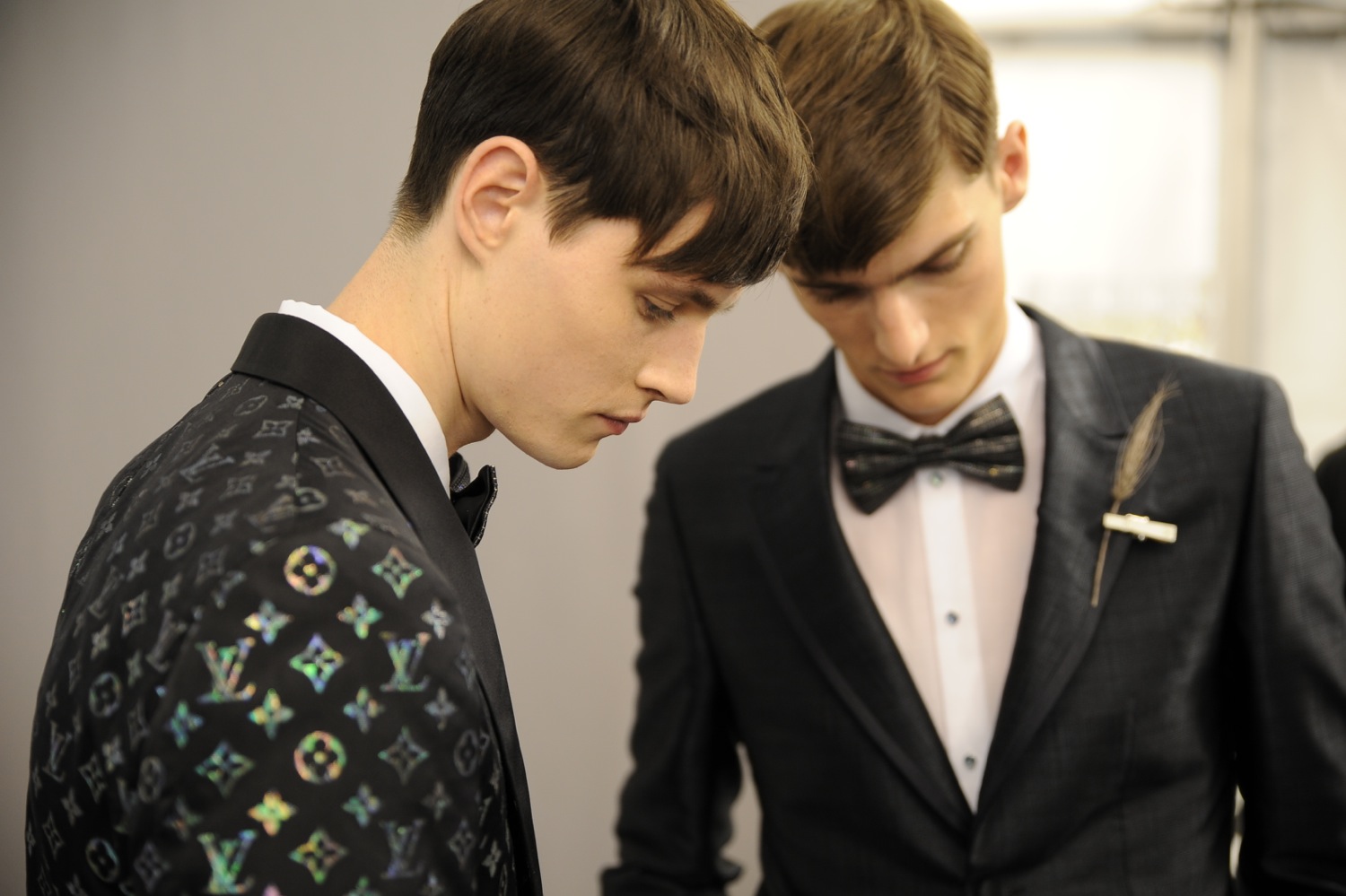 The Louis Vuitton traveler this season moves from the East to the West Coast of the United States.

Let loose with the mythology of the American road trip in its many incarnations, yet never neglecting the practical and luxurious actuality of such an endeavor, the Spring-Summer collection embraces the narratives that make up a golden, global view of America.

“The  collection  is  really  about  the  freedom  of  the  road  and  that  freedom  itself  being  luxurious”  says Kim Jones, Louis Vuitton’s Men’s Studio and Style Director

“The clothing should have that do-what-you-want attitude. It’s a road trip drawing on elements of classic American culture from clothes, music to souvenirs. It’s the changing environment from city to forest to desert; that journey in a day from snow covered mountains to cacti in the desert that you can only really seem to have in America. Like the radio you listen to as you travel through the states.”

Embracing the iconography of classic American sportswear, utilitarian and formalwear – yet each given the inimitable, hyper-luxurious Vuitton view – the collection encompasses a notion of chic eclecticism. Building from a contemporary take on sixties varsity preppy, taking in the free-ranging spirit of the outdoorsman, nodding to the counter-culture credo and finally culminating in the sophisticated formality of the prom.

Icons of American pop and clothing culture are transposed and transported in the form of the motorcycle jacket with tuffetage V logo, the ultimate blouson, the classic denim jacket reformed in soft, blue suede or the Vuitton Monogram bandana and Damier patchworks. American plaids run throughout fused into double-faced silks, often reversible and super light for summer or blown-up and woven as lightweight tweeds. Patchwork functions as a leitmotif throughout, from simple cotton patterns in oversized shirts to the predominant technique in the footwear, featuring a combination of contrasting exotic skins. Tie-dyes and a new galaxy Monogram silk give a contemporary take on psychedelia and a new meaning to the space race. While signature hand-woven Japanese kimono silks dominate the youthful eveningwear – a new, chic take on prom classics. Here the boys wear ‘corsages’ crafted from feathers and in the shape of silver pegged dandelion clocks, forget-me-nots and ears of corn.

The Vuitton bags in turn feature a distinctly on the road feel this season. A soft, roomy, luggage construction predominates, hybridized between the suitcase and the rucksack. A perforated take on the classic Damier pattern appears mainly in caramel Nomade leather – a colour theme that is also transposed to key items of leather outerwear in the collection.

Contrasting sleek aluminium cases for laptops and tablets – in similar Damier patterns – are carried in an equal sophisticated yet utilitarian sense. The Damier is also recalled on a new ultra supple and light leather, proposed on multi usage bags. The first step of a new vision of nomadism.

The soundtrack for the show is REM and was collaborated on by Michael Stipe. As Kim Jones explains:

“I have wanted to work with Michael for a while and this collection seemed the perfect opportunity for his sound. I grew up listening to so many of his songs – and he is also one of the first people to buy my clothes!”